Before he helped launch Image and that entailed, Rob Liefeld made a name for himself as one of the hottest talents over at Marvel. Much like his contemporary Jim Lee, he made his mark on the X-Men world though he went a step further. He created a whole new, much more EXTREME, team of mutants and called them X-Force. And then he proceeded to make sure that NO surface was left without pointless extra line work. Ryan Daly bravely joins host Nathaniel Wayne to see if there’s anything worth preserving out of the debut issue of this series, X-Force #1.

And now here are your choice page samplings of this book from the issue, with the art and story by Rob Liefeld and actual words on the page by Fabian Nicieza. 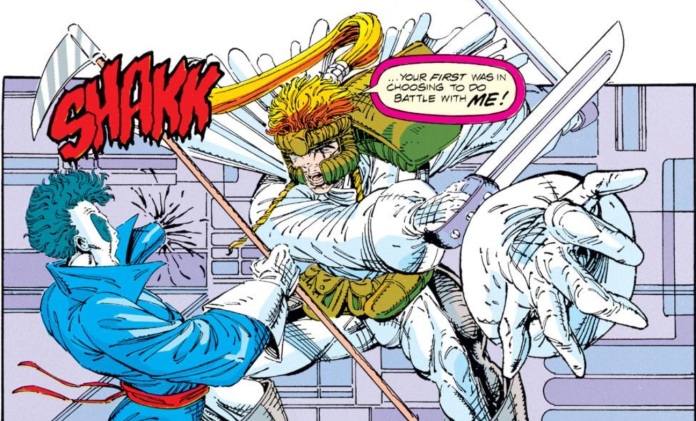 Amputated hand or facehugger coming right at you?

The hazards of amateur dentistry.

Behold My Crotch 2: The Crotchening.

What pupil-less hell have we entered into???

Ryan has a multitude of projects out there, but today I feel like plugging Dead Bothan Spies: A Star Wars Podcast.