Well with a movie of some description hitting cinemas in a few weeks it’s time for this podcast to make a half-hearted attempt at being topical and getting a boost through a vague association with something expected to be popular. So on that note, I brought back Sean McFeeley to talk about Deadpool #1! 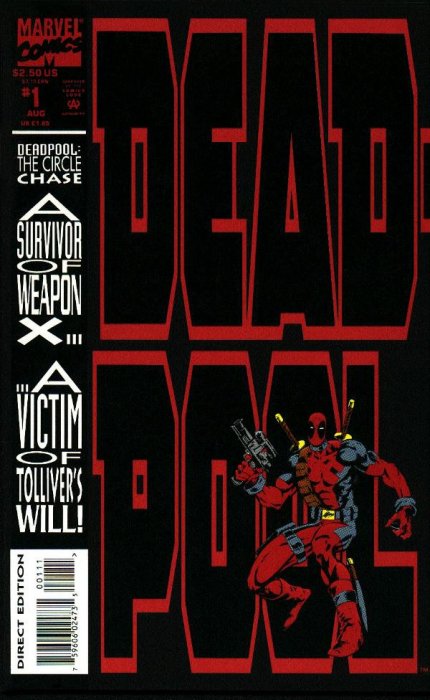 I’m not sure that Deadpool of today would put up with being overshadowed like this… even if it is by his own name.

And now for some choice art samples of the story by Fabian Nicieza and art by Joe Maduriera.

If anybody can plot the way this fight actually plays out in a logical fashion I’ll buy them a beer. 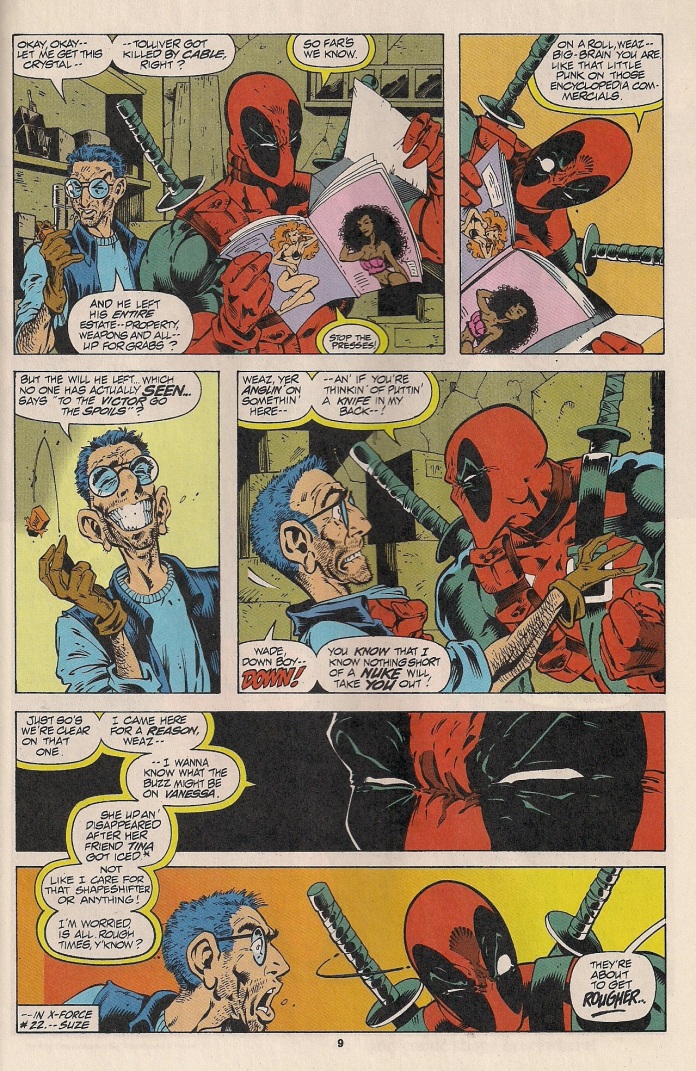 Meet Weasel, he of the yo-yoing over the top faces and no resting face (bitch or otherwise.) 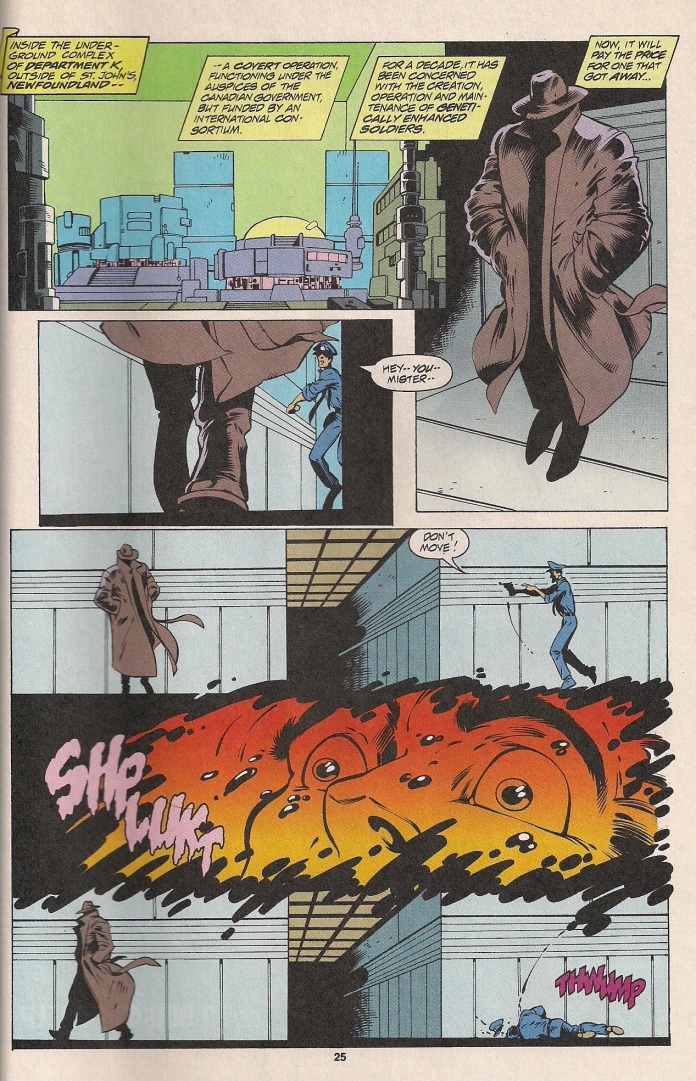 It’s possibly the best introduction to a villain that went absolutely nowhere, ever!

It’s an off week for 90s Comics Retrial, which means of course that we highlight some of the uniquely 90s advertisements that we come across in the pages of these comics. This time we present the one and only Deathlok! 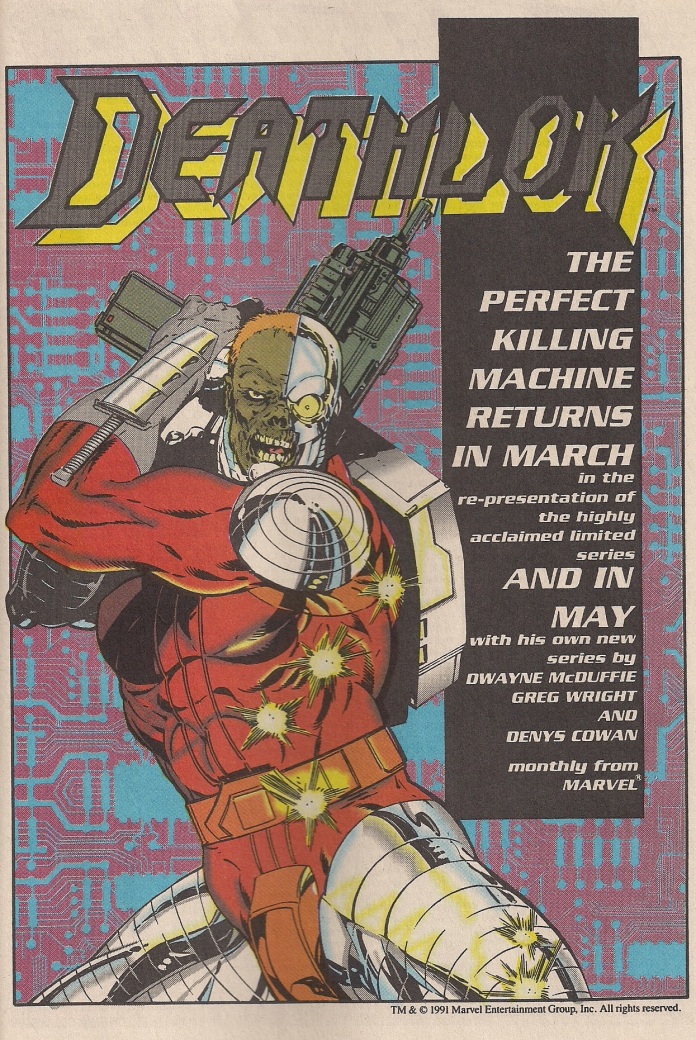 Your bullets will bounce off his pure AWESOME but you won’t be so lucky against his BIG F&$%ING GUN!

Erik Larsen was one of that crop of founding members of Image Comics that you kind of have to talk about. His creation, Savage Dragon, had one of the longest runs of any Image character despite not being quite as ubiquitous as Spawn or Youngblood were at their peak. Host Nathaniel Wayne brings in guest Jon Van Luling to take a look at this kickoff to the character’s regular series and see how it holds up. 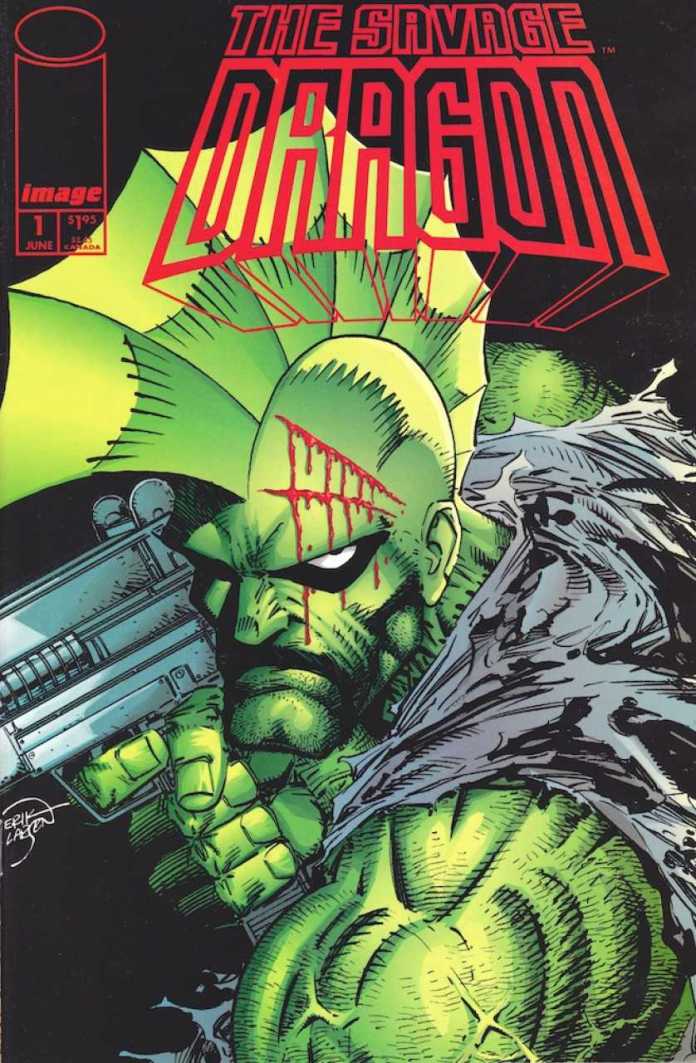 And now for some select scans of the interior pages, with story and art by Erik Larsen. 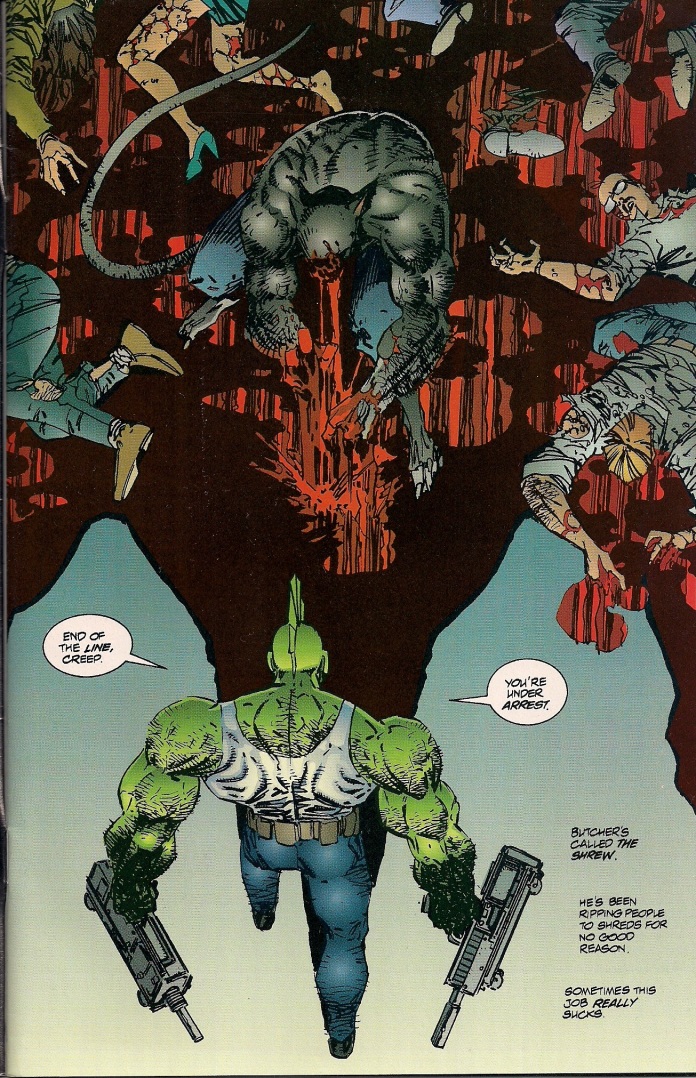 Did Dragon decide to borrow the Hulk’s arms for this fight? They don’t look like they fit. 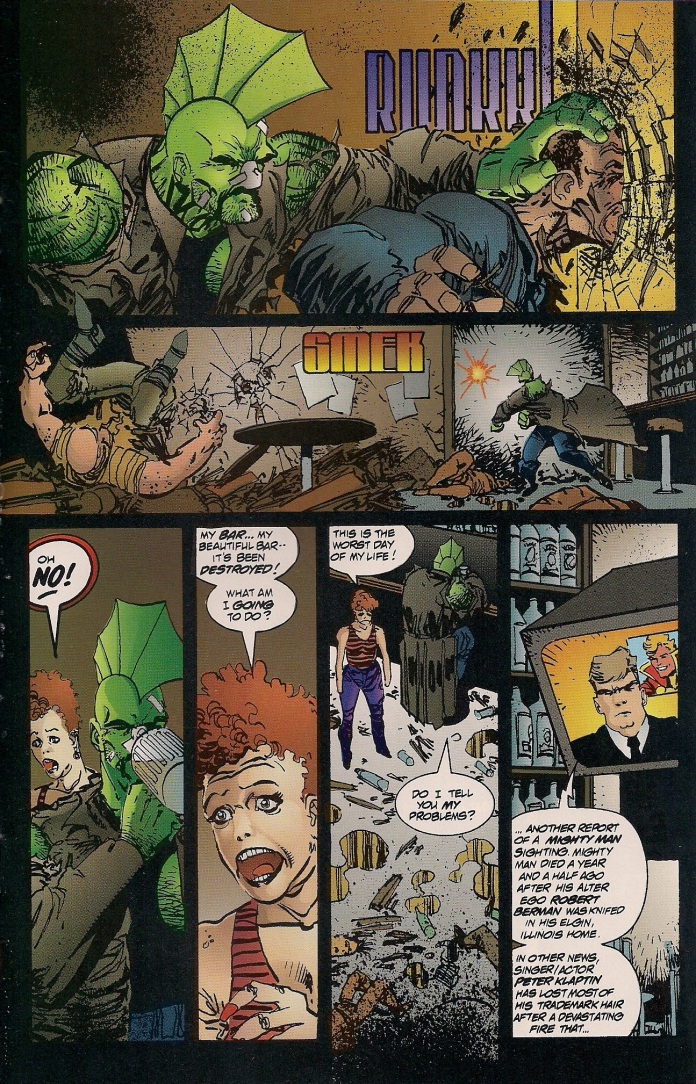 Don’t look at that woman’s face for too long, for that way madness lies.

I wonder if he’ll try to diffuse the situation…

Ricochet manages to get through to the angry men through the power of her butt! 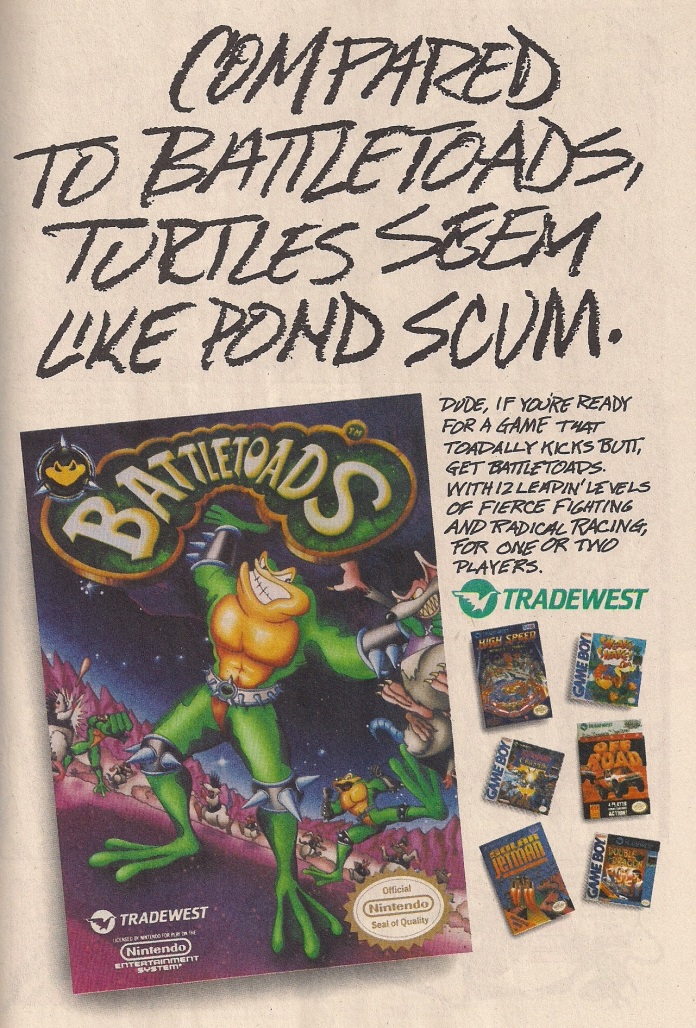 It’s like they’re calling out some popular 90s property… It’s slipping my mind though.

The new episode will be out next week, so to hold the legions of ravenous fans at bay, I present another sampling of amazingly 90s advertisements. I actually had this game and got farther in it than most people I know (yes, I did get through the speed bike section that you have to memorize because it’s way too fast for a human to react to.) I didn’t beat it though. Nobody ever beat it. EVER.