When it comes to comic book characters who were conceived in and then went onto dominate the 90s there are a few heavy hitters. Spawn and Cable probably leap to people’s minds. But on the villain front it’s hard to argue that there’s any character more 90s than the Spider-Man foe known as Carnage. In this episode, host Nathaniel Wayne takes on the super powered serial killer’s first story arc.

The villains you know and love! Plus a hero too, we guess.

You can subscribe to the Council of Geeks Podcast, home of 90s Comics Retrial on iTunes or on Stitcher. And now for some interior pages from writer David Michelinie and artist Mark Bagley.

If I have to have the image of a naked Eddie Brock in my head than so does EVERYONE!

Carnage: Twice as deadly and ten times as snarky! 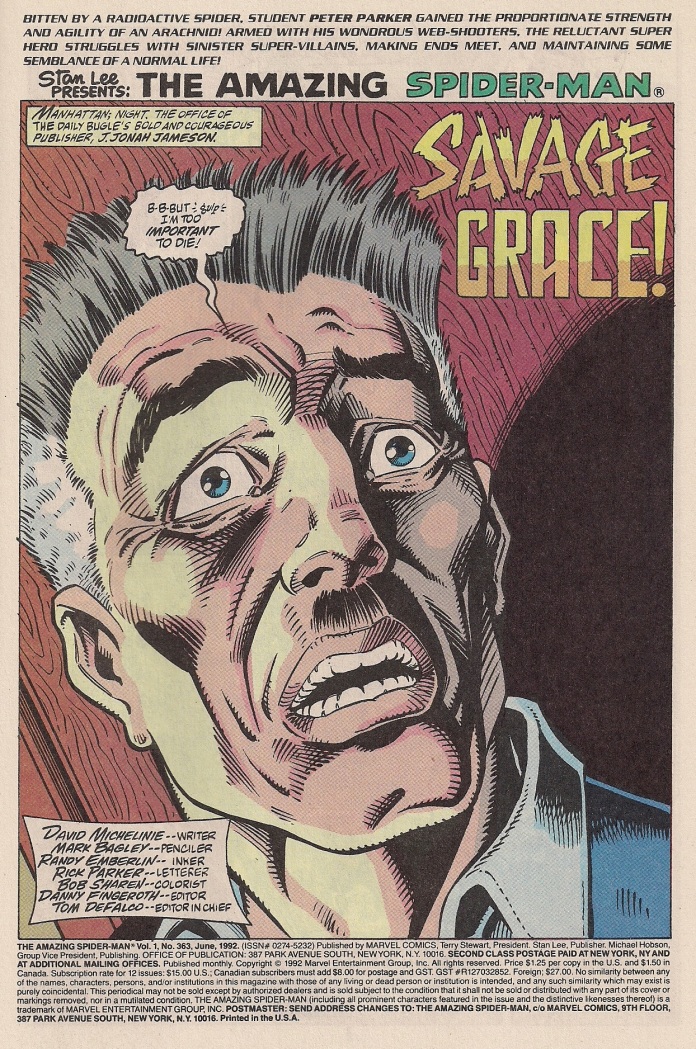 “Savage Grace?” But the villain’s name isn’t Savage. Shouldn’t it be “Carnal Grace?”

Oh the “NOT!” joke, there’s no way that will ever be dated.

Just look at the art and don’t read ANY of the text and this is pretty cool… Seriously, don’t read the text.

One area of 90s comics that this podcast hasn’t touched on yet is the world Dark Horse movie tie-ins. These included Star Wars, The Terminator, and Aliens amongst others. This episode, host Nathaniel Wayne dives into that world with a look at this two issue mini-series featuring the Predator.

Listen to Episode 8: Predator – The Bloody Sands of Time. 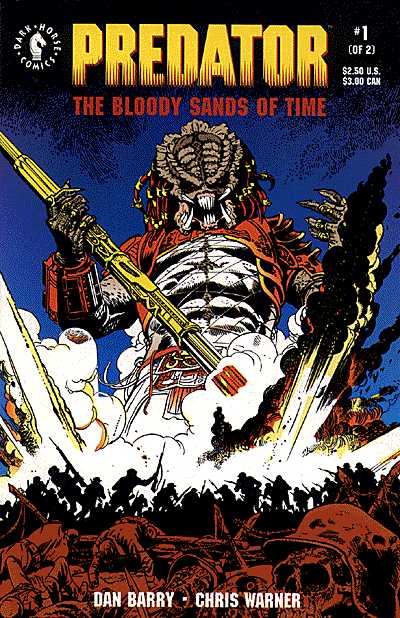 The day the 100 foot tall alien descended was a bad day for French forces. 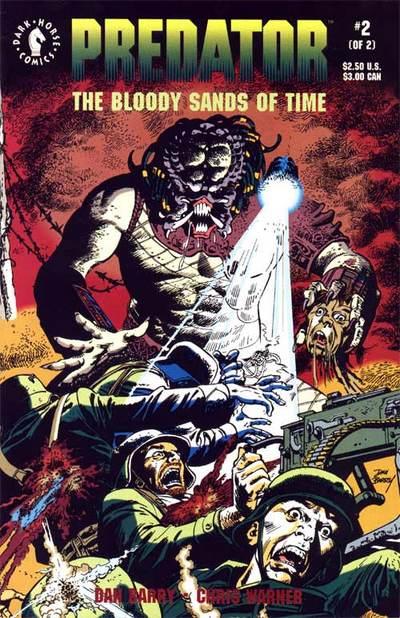 That light helps him read in bed.

And now for you samplings of the art held within, with today’s art and story both by Dan Barry.

Need your skulls cleaned superfast? Nobody gets all bloody residue off of the human skull faster than Predator Cleaning Services.

This is the most SFW page I could find that highlights Gwen. That should be everything you need to know.

If you thought the chemical attacks were bad, you don’t know the hell of war until both sides unleash their full onomatopoeia barrage.

Best page in the books. No jokes. Just know it doesn’t get better than this, and it’s not as earned as it should be.