Erik Larsen was one of that crop of founding members of Image Comics that you kind of have to talk about. His creation, Savage Dragon, had one of the longest runs of any Image character despite not being quite as ubiquitous as Spawn or Youngblood were at their peak. Host Nathaniel Wayne brings in guest Jon Van Luling to take a look at this kickoff to the character’s regular series and see how it holds up.

And now for some select scans of the interior pages, with story and art by Erik Larsen.

Did Dragon decide to borrow the Hulk’s arms for this fight? They don’t look like they fit.

Don’t look at that woman’s face for too long, for that way madness lies.

I wonder if he’ll try to diffuse the situation… 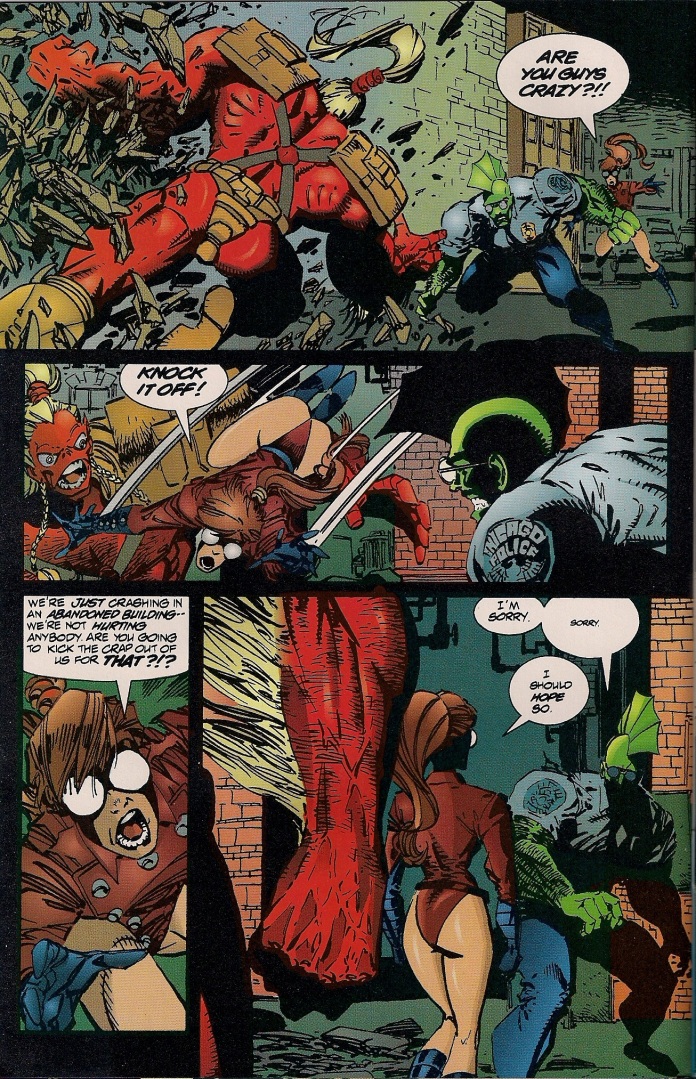 Ricochet manages to get through to the angry men through the power of her butt!